This article originally appeared in the April 2019 issue of ITE Journal.

Thirty-five thousand people die on U.S. roadways each year—the equivalent of a completely full jumbo jet crashing weekly—leaving no survivors.1 The vast majority of these deaths occurred on roadways funded with state and federal dollars and designed according to state and federal guidance or standards. In other words, how we design transportation infrastructure has a direct impact on the unacceptable safety outcomes we have experienced.

Traditional injury prevention efforts—such as targeted high-visibility enforcement or spot engineering treatments—may be effective at reducing the magnitude of crashes and mitigating significant risks at particularly dangerous locations. Unfortunately, they may simply push the problem to other areas of the system (as when impaired drivers use back roads to avoid high-visibility speed enforcement). Moreover, there is tension between the minimal safety gains made by adherence to older design standards and policies and the continuing focus on motor vehicle capacity and efficiency, often considered in isolation from safety, that exists in our transportation system (see the discussion of four-lane highways and road diets).2

In this piece, we discuss the ways in which a Safe Systems approach allows us to rethink and explore the systems that lead to fatal crashes and to identify more effective approaches and opportunities for coordinated action. Specifically, we focus on the importance of managing the kinetic energy produced by high speeds and heavy vehicles that is transferred among users of the transportation system.

The reduction in kinetic energy transfer, primarily through speed management, is a core tenet of the Safe Systems approach. The policies and design standards that produce the transportation system can be re-engineered to build more forgiveness into the system, both limiting speeds naturally and changing the way that collisions occur to reduce kinetic energy exchange.*

One fundamental approach to speed management is to consider appropriate speed limit setting. Although research shows that factors beyond the posted speed limit influence traffic speeds, evidence also suggests agencies may reduce speed limits (and travel speeds) to safe levels without dramatically reducing travel time.5 Given the susceptibility of all road users, but especially vulnerable road users, to the kinetic energy produced by vehicle speeds in excess of even 30 kilometers per hour—19 miles per hour (mph) 6— a new approach to speed limit setting beyond the 85th percentile speed is warranted.7 Figure 1 shows injury outcomes based on the kinetic energy of a vehicle traveling a specific speed when striking a vulnerable road user; this information can be used to set speeds in order to minimize negative consequences to road users. The City of Boston, MA, USA has already found some success in reducing dangerous motor speeds by lowering posted speed limits by five mph across the city, thereby granting more flexibility to communities to address safety beyond expensive engineering projects.

A complementary practice to responsible speed limit setting is an approach to design that manages speed. Historically, more than half of serious and fatal injury crashes have occurred at or near intersections.9 Although a variety of kinetic energy-reducing intersection designs are used abroad, one example of a kinetic energy-reducing intersection design used in the United States is the roundabout. Roundabouts fit into the Safe Systems framework by reducing the number of conflict points and slowing and changing vehicle trajectories, thereby reducing kinetic energy without sacrificing throughput.10 Both international and domestic evaluations attest to the safety benefits of roundabouts; replacing traditional intersections with roundabouts has been shown to reduce severe crashes by 46 percent in the Netherlands,11 fatal and serious injury crashes in Minnesota, USA by 86 percent and 8 percent, respectively,12 and severe crashes by 88 percent in Maryland, USA.9

A variety of other Safe Systems compliant treatments, both at intersections and along segments, have been demonstrated to effectively reduce kinetic energy to safe levels for all road users. In their 2015 paper, Candappa et al. highlighted the following Safe Systems intersection and approach treatments and their benefits:

Although many of these intersection treatments have been adapted to the unique conditions of the United States and are already used today, other designs are also used domestically to separate vulnerable road users from dangerous kinetic energy transfer. For example, many cities have adopted Complete Streets programs that implement projects specifically intended to protect pedestrians and bicyclists. One key design used often in Complete Streets programs is the protected intersection (see Figure 2 for an example protected intersection). This intersection design utilizes corner safety islands, forward stop bars, approach tapers, and more, combining some of the most advantageous measures of the designs listed by Candappa et al.4 to accomplish the same goals and reduce speeds. The success of protected intersections in the United States demonstrates the potential for the Safe Systems approach in our country.12

Of course, to ensure that these treatments are implemented correctly and with public acceptance, engineers and policymakers must engage stakeholders in the process; this cooperative approach to road safety is an important component of Safe Systems. Roundabouts, again, serve as an example of how this implementation process can be managed in the United States. The state of Maryland was an early adopter of roundabout intersection conversions and today maintains an estimated 200 roundabouts. Although roundabout installation in the state is largely driven by mandate, for public outreach, State Highway Administration officials often bring with them illustrative brochures that feature drawings of roundabouts, describe their function, and convey their social benefits. Their myriad safety and operational benefits help explain why roundabouts have effectively diffused throughout the United States, from one facility in 1990 to more than 3,000 as of 2013 (see Figure 2).14

Intersection design is just one component of a kinetic energy-oriented approach to roadway design where functional classification is matched to realistic roadway purpose. This type of design orientation sends an intuitive message to drivers on what speed is appropriate for the type of street they are traveling. For example, a road designed to grant access will naturally reduce speed through accommodations for multiple modes, roadside features, and narrow lanes. Conversely, a road designed for mobility will cue drivers that higher speeds are acceptable with wider lanes and larger setbacks.15 Figure 3 contrasts an urban collector that has undergone a road diet and naturally reduces speeds while accommodating other modes to an urban, multilane collector that optimizes flow. Where mobility of motorized vehicles is in demand, new and innovative roadway treatments that separate pedestrians and bicyclists from heavy traffic flows can be used. However, a Safe Systems approach to road design also considers the needs of all road users in adjacent communities in a looping design process.

Another way in which engineers can actively take part in a Safe Systems approach is to more closely coordinate roadway design and project delivery with other system stakeholders. Adjacent land uses in many areas change over time, as do other features of the transportation network (such as bus stops and shelters added along a roadway), outside of the purview of the state or local engineer. If these components of the roadway environment change faster than the roadway design can accommodate, then conflicts and fatalities inevitably emerge, as the roadway purpose is no longer self-evident to its users.

In a Safe System, there would be a continual feedback loop between traffic engineers, planners, transit agencies, and law enforcement.11 Rather than simply installing bus stops within an environment hostile to transit users, the transit agency would coordinate with the department of transportation to prioritize a remodeling project that installs speed tables, refuge islands, or other measures to reduce the approach speed near crosswalks. Even more ideally, the department of transportation could work with planners to implement a road diet that induces speed reductions by channelizing traffic into a single lane per direction while prioritizing bus and bicycle movements on the outside of the cross section.2 In a Safe System, the organizational structure of the responsible agencies is designed to facilitate and reward coordination among roadway stakeholders to realize traffic safety for all road users. Both the organizational structure as a whole and the actions of individual agents within the agency are aligned with spending practices and funding policies that prioritize safety for all road users and enable staff to effectively identify and address safety issues in a systemic way.

In this article, we outlined the importance of kinetic energy within a Safe Systems framework and illustrated how engineers and transportation agency managers in the United States could implement policy and design approaches that reduce kinetic energy transfer to improve transportation safety on the roadway network. These are not revolutionary or unorthodox practices. In fact, they are being implemented more and more across the United States every day, with support from FHWA, ITE, Road to Zero Coalition, Vision Zero network, and a substantial body of transportation research. But more work is needed to universally adopt Safe Systems and translate principles into practice. Getting to one’s destinations unharmed is a unifying desire of all roadway users, and with the political will behind the various zero fatality initiatives, there has never been a better time to embrace proven speed reduction measures that reduce the harmful effects of high kinetic energy. As safety champions within state and local departments of transportation engage their colleagues and the public to implement Safe Systems-oriented speed management, others around the country will follow.16 The United States is ready for a paradigm shift toward Safe Systems, and traffic engineers, planners, and other road safety practitioners will be critical to this transition. 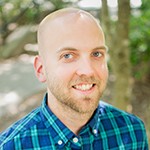 Wes Kumfer is an engineering research associate at the UNC Highway Safety Research Center and the research program manager for the Collaborative Sciences Center for Road Safety. He has a doctorate in civil engineering and researches crash prediction models, risk-based pedestrian safety analysis, and safe systems. 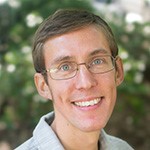 Seth LaJeunesse is a research associate at the UNC Highway Safety Research Center and specializes in behavioral interventions designed to improve pedestrian and bicycle safety. Seth combines a background in clinical psychology and a master’s degree in city and regional planning to bring a unique perspective to safe roadway design. 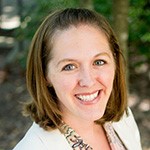 Laura Sandt is a senior research associate at the UNC Highway Safety Research Center, director of the Collaborative Sciences Center for Road Safety, and director of the Pedestrian and Bicycle Information Center. Laura has a doctorate in epidemiology and researches public health approaches to traffic safety. 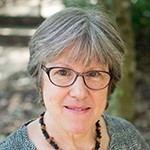 Libby Thomas is a senior research associate at the UNC Highway Safety Research Center and specializes in pedestrian and bicycle safety. Libby has vast experience in crash typing and risk analysis, allowing her to serve as an expert principal investigator and key researcher on a variety of state and national projects.